A Night At The Volcano II

Going through the images I’ve captured at VNP recently and threw this short video together just for fun.

Many, many nice images are being captured and shown from the current inflation at Halema’uma’u crater. Those of us that have access, time, talent and equipment are being given a great opportunity to capture God’s creation at work.

In looking over the numerous images I captured the other evening, I ‘see’ a few faces/profiles within the plume rising from the crater. While I don’t believe in Pele or the numerous other gods associated, I don’t disrespect, look down upon or otherwise ridicule another persons free will to choose what and who they believe in. I say this because I do not wish to create a religious or spiritual debate, argument or otherwise tick someone off. We, as individuals, believe what we believe.

The first image, to my eye, looks like a lady in the plume. When I first saw the image on my LCD screen, I smiled and just said ‘Wow’. The folks standing next to me looked at me to see what I was talking about and I asked them to take a look at the screen. When they did, they said ‘Look at the lady!’. Pretty cool.

The second image, to my eye, looks like an old crone or hag.

The third image, to my eye, appears to be another profile.

The fourth image, to my eye, is probably the coolest one. It appears to be a Spanish Conquistador.

Yes, I have a very vivid and active imagination. You won’t hurt my feelings if you don’t see the profiles or think I’m seeing things. Just presented for enjoyment, kind of like looking at shapes in the clouds.

Music by Eric Matyas at www.soundimage.org

As of this morning, the lava was about 13 feet from the rim of the Overlook crater and getting ready to spill into the larger Halema’uma’u crater.

For background, I’ve cut and pasted the following text directly from the USGS site that is here http://hvo.wr.usgs.gov/activity/kilaueastatus.php

The summit lava lake is within an elliptical crater (unofficially called the Overlook crater), which has dimensions of approximately 160 m (520 ft) by 210 m (690 ft), inset within the eastern portion of Halemaʻumaʻu Crater. The lake level has varied from about 25 m to more than 200 m (out of sight) below the floor of Halemaʻumaʻu Crater. The Overlook crater has been more-or-less continuously active since it opened during a small explosive event on March 19, 2008. The lake level responds to summit tilt changes with the lake generally receding during deflation and rising during inflation. Since 2013, the lava level has been typically between 30 m (100 ft) and 60 m (200 ft) below the floor of Halemaʻumaʻu Crater. Small collapses in the Overlook crater are common, and over time have resulted in a gradual enlargement of the Overlook crater. The ambient SO2 concentrations near the vent vary greatly, but are persistently higher than 10 ppm and frequently exceed 50 ppm (upper limit of detector) during moderate trade winds. The gas plume typically includes a small amount of ash-sized tephra (mostly fresh spatter bits and Pele’s hair from the circulating lava lake). The heaviest pieces are deposited onto nearby surfaces while the finer bits can be carried several kilometers before dropping out of the plume.

You can check the live webcam at Volcanoes here http://hvo.wr.usgs.gov/cams/panorama.php?cam=KIcam

Don’t be surprised if the view is vogged/fogged in much of the time.

Who knows how long this will continue, it may end tonight and it might just continue to fill the larger crater.  Since I know most of you cannot make the trek to see it, I’ve brought it you in the following video from early this morning.  The video was shot at the visitor center, just a little over a mile away from the lava lake.

I ended up shooting a couple of hours worth of video last night at the volcano and just wanted to share this short clip of the lava churning within Halema’uma’u Pit Crater. 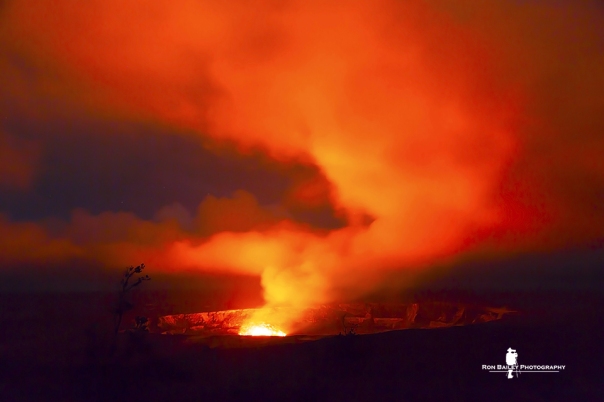 You can now see the lava lake in the pit crater.  If this continues, the lava will spill over and begin to fill the larger crater.

Who knows, it could deflate tomorrow! 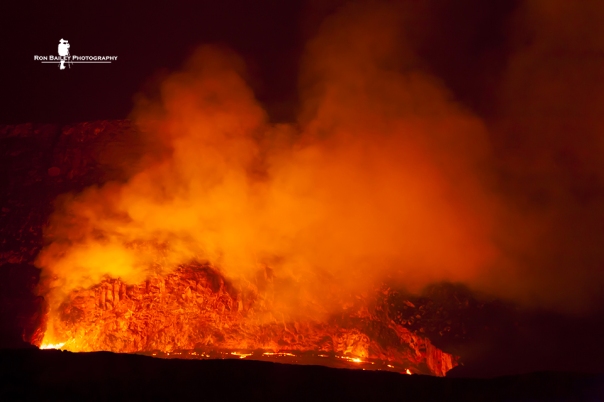 A couple of days ago the lava level in the crater increased to it’s highest level to date.  You can see spattering as the level reaches the top of the crater.  Cool.  Or hot, depending on your view.

This is just a quick shot of the crater from last night and I’ll head back tonight with the 100-400mm lens and try to capture the spattering.  Who knows, it may continue and overflow into the Kilauea Crater or it may deflate, there is no way to know what will happen. 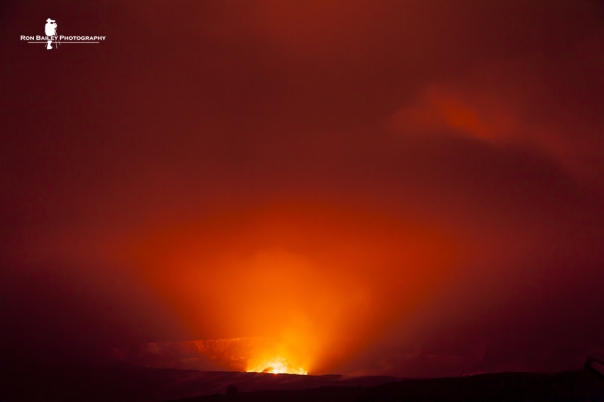 Night At The Volcano

Not a cloud in the sky at Volcanoes National Park tonight. 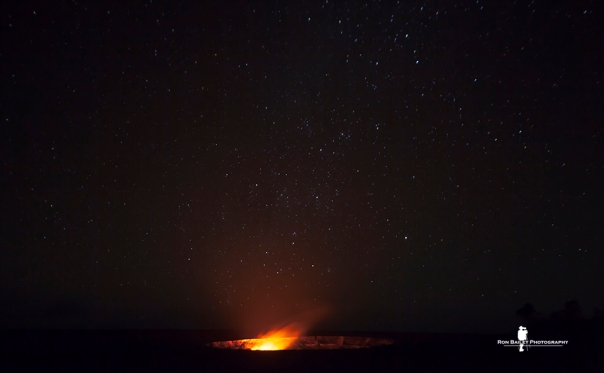 Shooting Halema’uma’u about a month and a half ago when the moon rose over Kilauea Iki.

A little windy yesterday, but no complaints from me thanks to rain that came with the wind.  The jungle needs it.

It did make shooting the flowers a little interesting as the wind kept whipping them around in circles.  I did manage to get a couple that I’m happy with, though.

Still putting the Canon 100mm 2.8 Macro through its paces and I really like what this lens can give you. 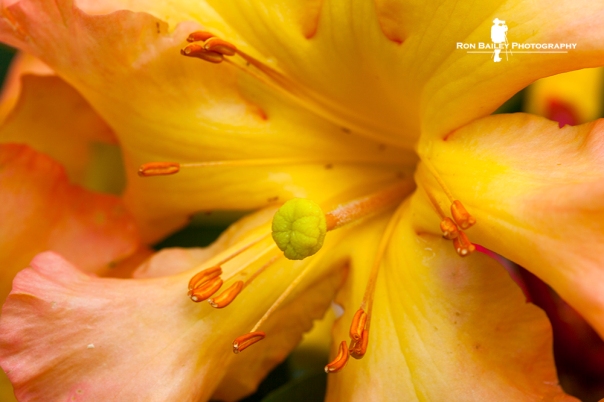 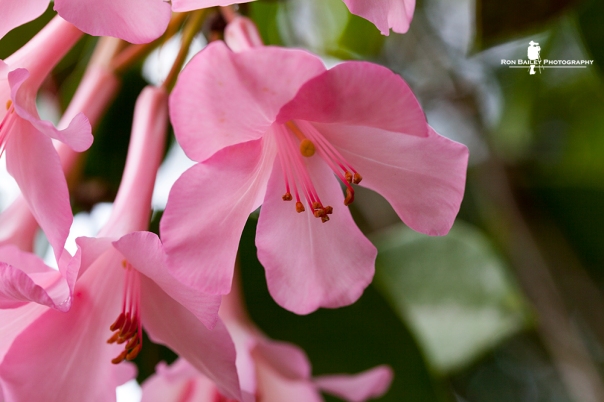 The rain has eased up for a little while, time to check out the flowers in the front yard.

These guys just opened up yesterday.

Yeah, that’s pretty much what I see in this lava flow.  How about you?

Our transfer station (the dump) re-opened a couple of days ago after having a great deal of lava scraped off of the ground to allow for the placement of cargo containers that hold recyclables and trash.  All of our trash gets shipped off to a landfill on the mainland by barge.  Where else can you put it?  What’s that?  Conveyer belt to Kilauea?  Yeah, it’s actually been brought up before by people.  They are still looking for those folks.

Anyway, you can see all sorts of ‘things’ in the lava that flowed into the transfer station and this formation really caught my eye.  On the left is Saggy Butt Lava Man and to his right is his trusted Saber Tooth Lava Tiger holding a lava ball in his mouth.

Maybe I’ve been breathing sulfur dioxide too long.  Is it just me or do you see it as well? 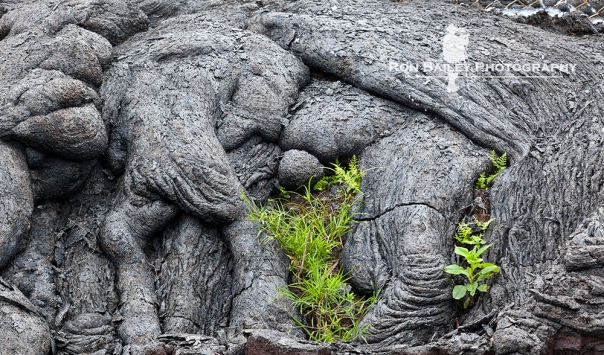 However, when a hot air vent opens up in the front yard of the house, I tend to take notice.  Still not a problem.

These types of things are pretty common and should not pose any type of threat to the family.  Just in case, I contacted Hawaii Volcano Observatory to let those with the knowledge take a look at it.  Just in case.

While it is very, very small at the moment, it is new.  And it was blowing hot air earlier today with enough force to move the leaves on the Hibiscus Tree it opened up near.

We are not concerned, just curious at this point.

My daughter, Rachel, made the two images of the tiny hot air vent while I was busy contacting HVO.  The second image has an added arrow that shows a new hole that opened up today that had hot air coming from it.

Rachel also let me know, in a casual way, that while she was walking from the grass to the driveway a couple of weeks ago that the driveway was very, very warm.  Like asphalt in the sun warm.  It’s a dirt and cinder driveway plus it was a cloudy day.  She thought it was ‘weird’ but didn’t really give it much more thought.

If you don’t hear from me for a while…… 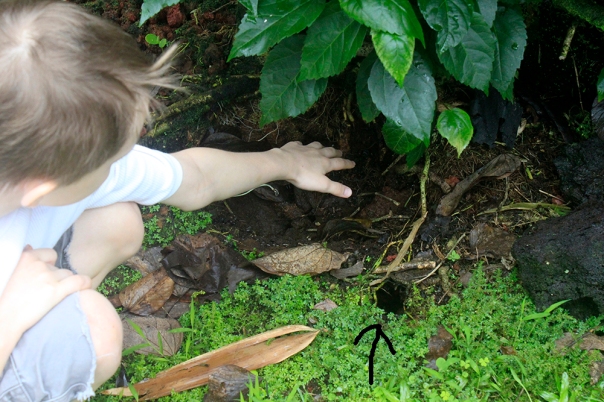 Finished up an all day Jeep tour at Volcanoes National Park with the night view of Halemaumau pit crater.  It was very quiet last night, no rumbling, no explosions, no hissing and a smaller ‘light show’.  Still can’t get enough of it. 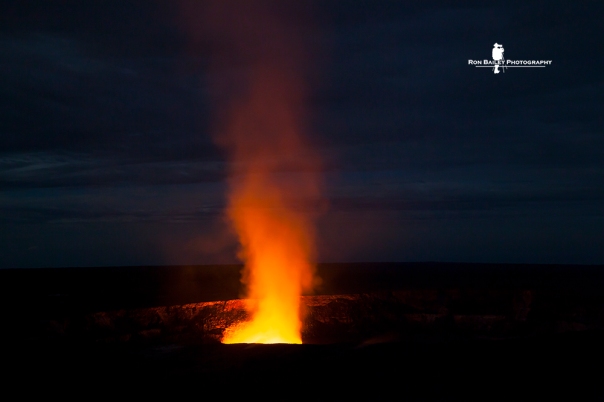 This must be a hybrid Energizer Bunny type Orchid.  Still Blooming. 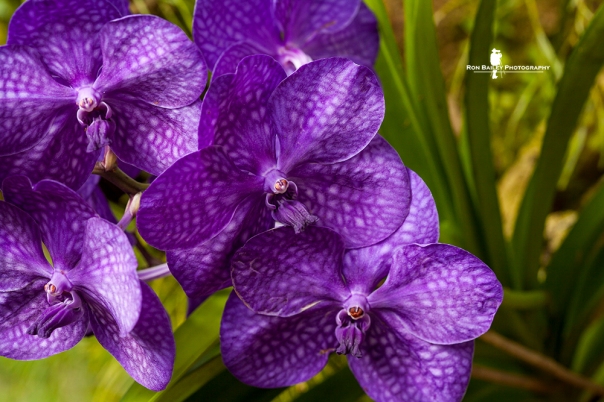 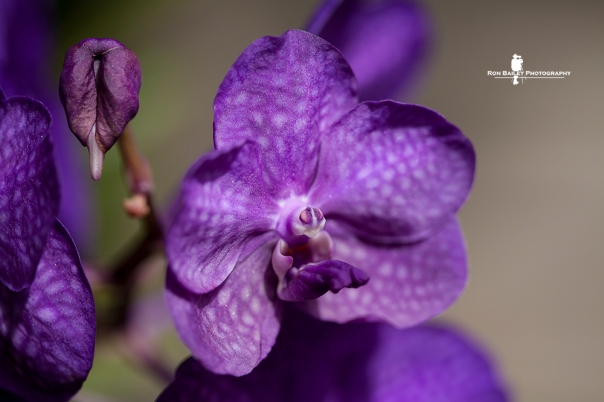 Used Truck For Sale. Has Been Stored For Years. Needs Work.

This ghost haunts the Hana Road on Maui, a vigilant sentinel keeping watch and bearing witness to the passage of time. 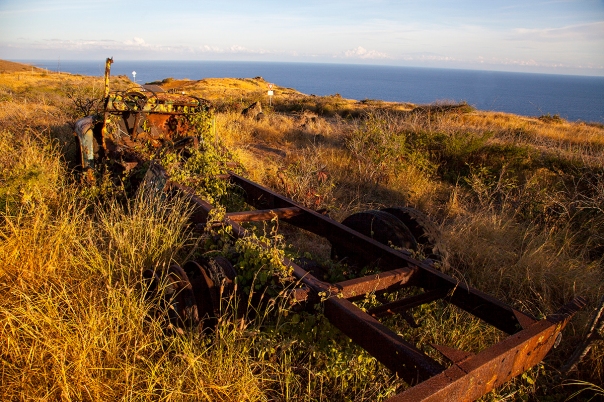 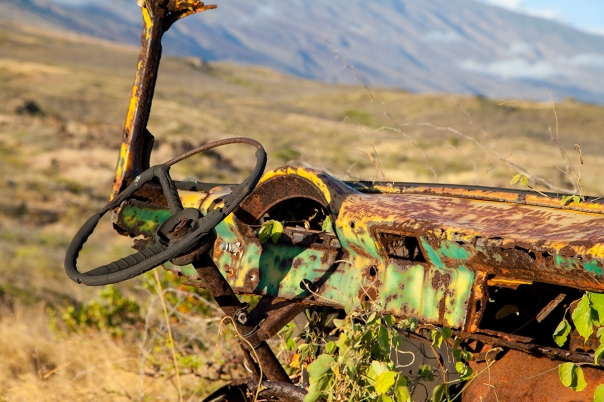 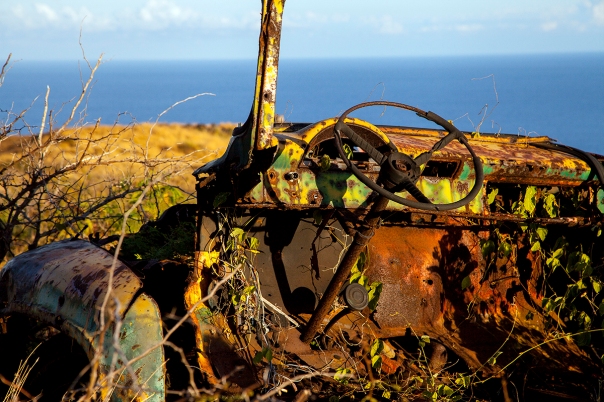 The new/used 100mm Macro lens arrived today and needed to be tested.

We had a slight trade wind blowing so I can’t judge the sharpness just yet. I do like the color rendition and quick focusing of the lens. I may have to sell this one and get the ‘L’ version.

This Orchid grows on one of the Tree Ferns next to the garage and has been in bloom for a few days.  We are fortunate to have wild Orchids growing all over the property.  I’ve not seen this color at the house until last week. 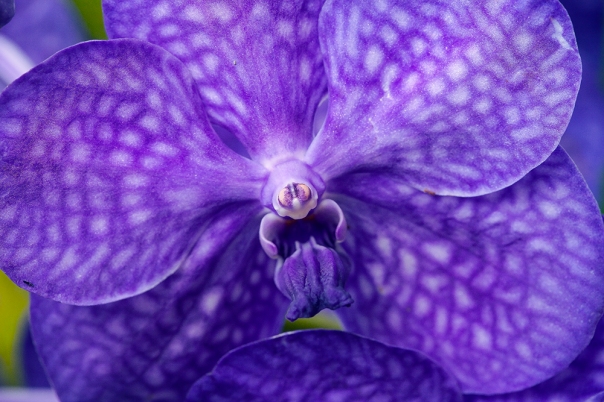 I was able to get away last night and head on up to Volcanoes National Park for a little while.  I say a little while because the fog/clouds moved in quickly.  After this image was made, the crater was completely obscured within about 5 minutes.  Such is shooting at Kilauea.

A  much longer exposure was used on this one and you can see the effect the wind had on the smoke coming from Halema’uma’u.  The sky was clear showing the stars, but not for long.  When the fog/clouds move in, they move in quickly. 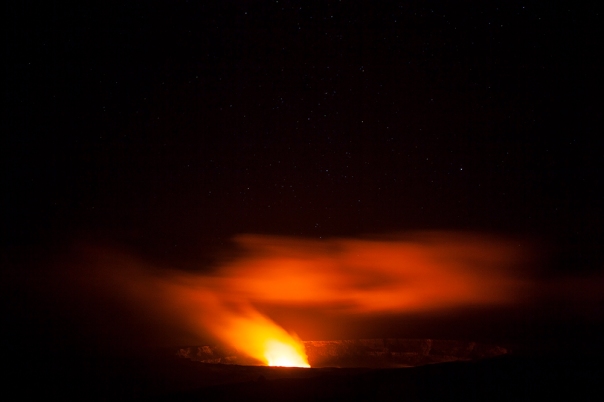 You Don’t Have To Be Big To Be Wild

I saw these two near the top of one the palms in the front yard this afternoon.  The one on the left tried to sell me insurance. 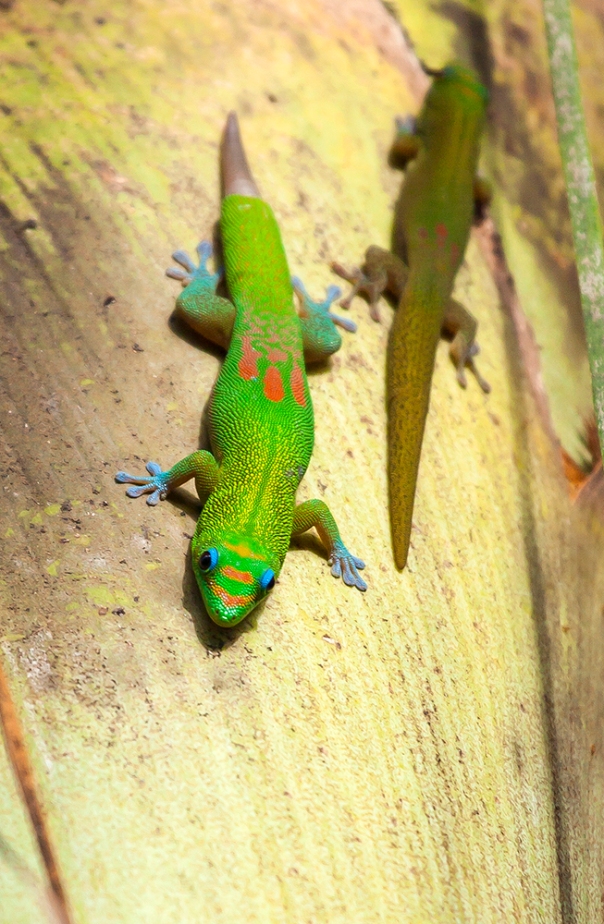 Well, at least the tree was yellow.

It’s a Golden Shower tree that was completely covered in blossoms.  It has been quite the attraction while blooming and I even found a weary traveler resting among the branches.

I’m looking forward to the Rainbow Shower trees as they bloom this spring in Hilo. 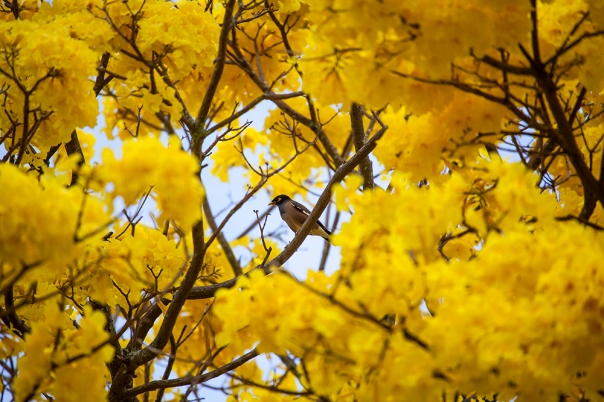 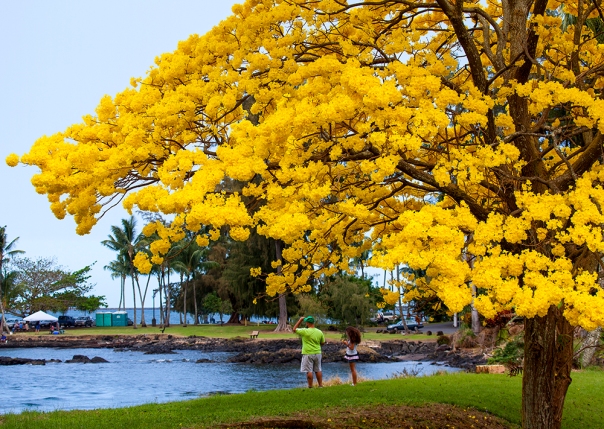 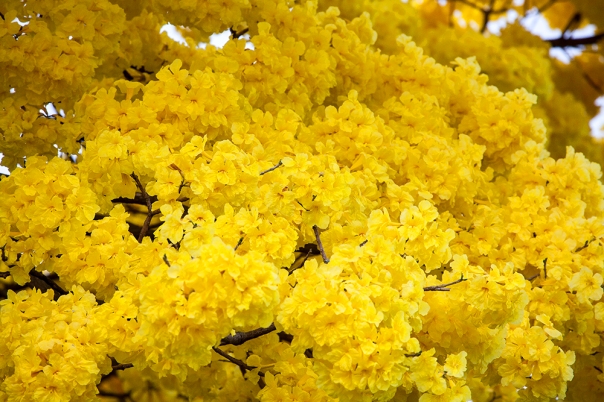 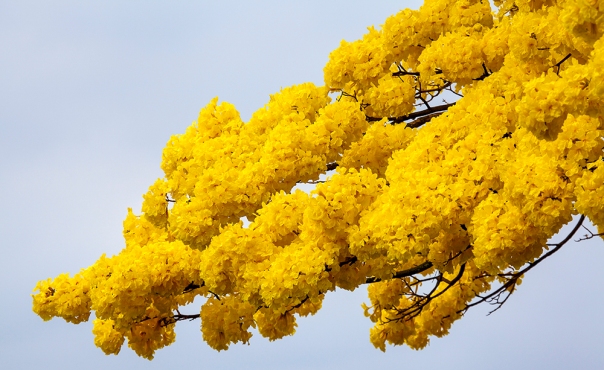 This was just a spur of the moment test shot using a Kindle Fire HD.  Not bad for a tablet.

I’m hoping to get a better panorama next week using a Canon 5DII and Canon 17mm TS-E.  I’ll let you know.